Description:
Shrouds (Całuny) is a two-channel experimental film shot from an airplane, an ephemeral public project and a series of aerial photographs. Local women from Zielona Góra perform silent gestures of lamentation on the abandoned, forgotten and ruined site of the former concentration camp Gruenberg in Zielona Góra, Poland. Viewed from that great distance, their symbolic presence evokes the prisoners’ absence. Performers/volunteers leave their black scarfs in the ruins adding a symbolic and physical layer to the rubble’s strata. During WWII about 1,000 young Jewish women worked there as seamstresses and were later sent on one of the forced death marches. This project employs performative lamentation as a form of postmemory, set in opposition to acts of conquest and power.


Credits:
Composed, directed, filmed, and choreographed by Monika Weiss © 2012-2013
All Rights Reserved. No part of this film/photography series or any of its contents may be reproduced, copied, modified or adapted, without the prior written consent of the author. This project and related publication were made possible thanks to the generous support by Galerie Samuel Lallouz, Montréal; German-Polish Collaboration Foundation; and Aeroklub Ziemi Lubuskiej, Zielona Góra. Curator: Wojciech Kozłowski 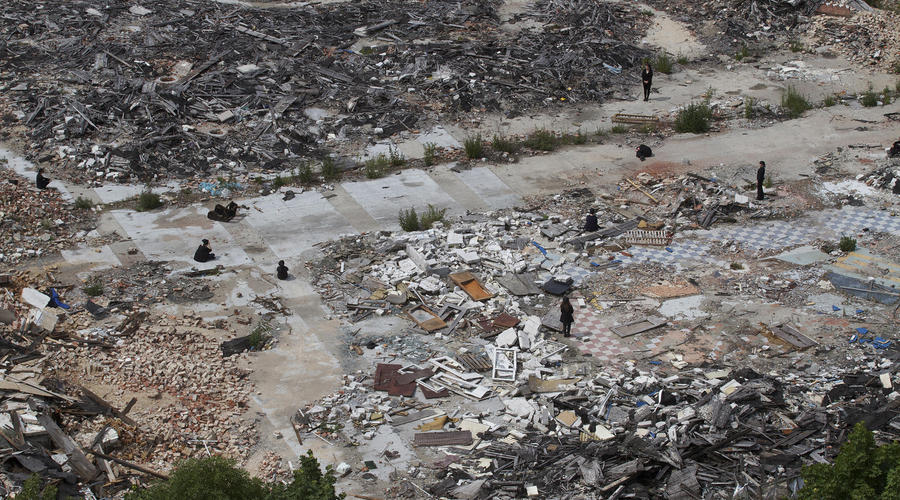 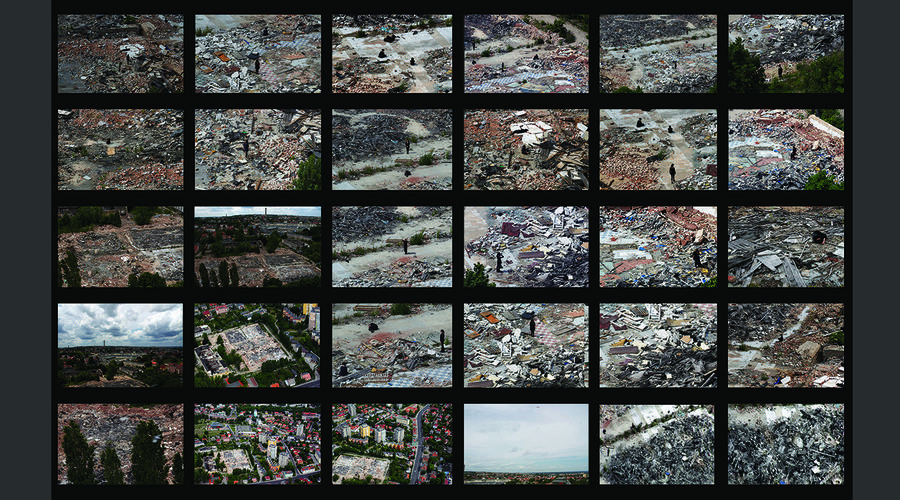 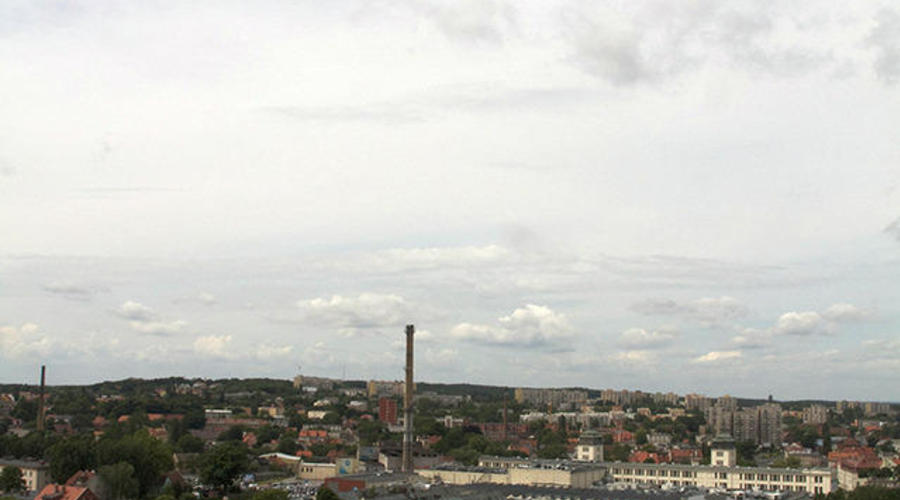 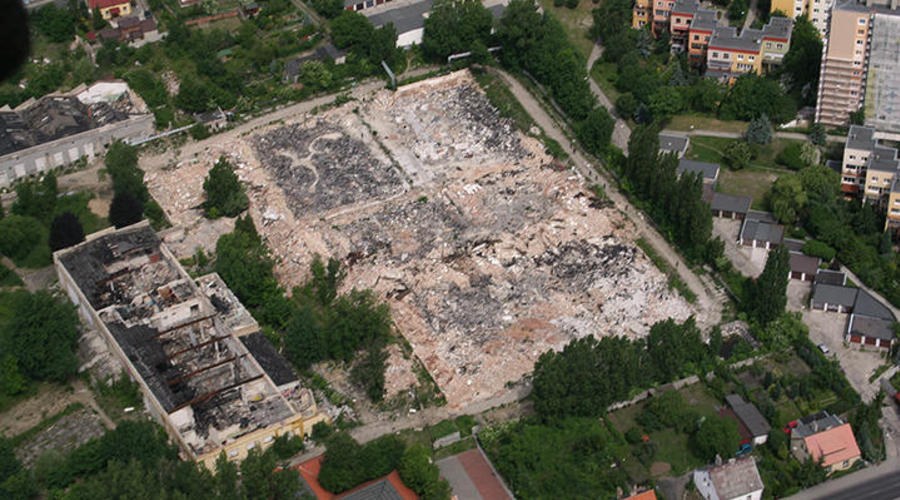 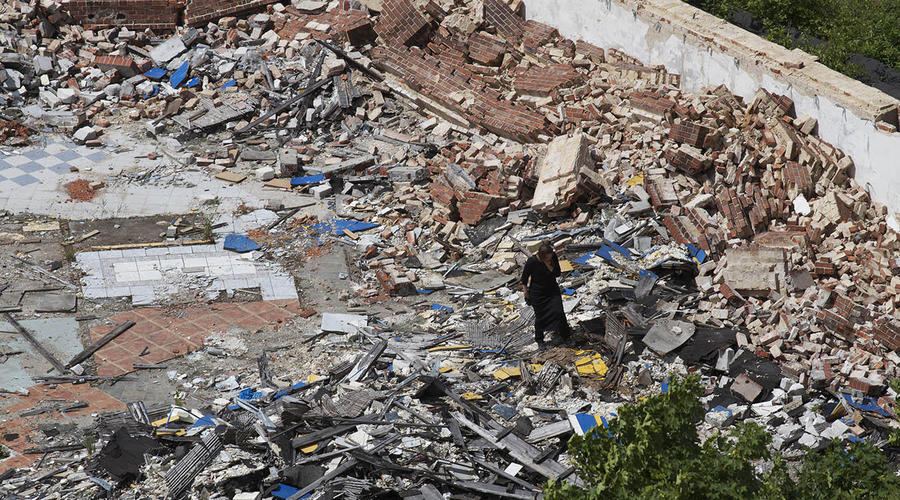 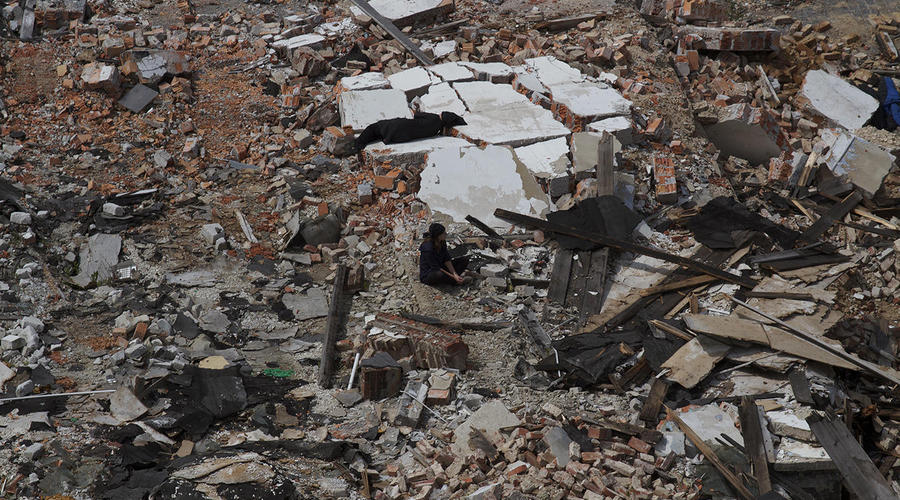 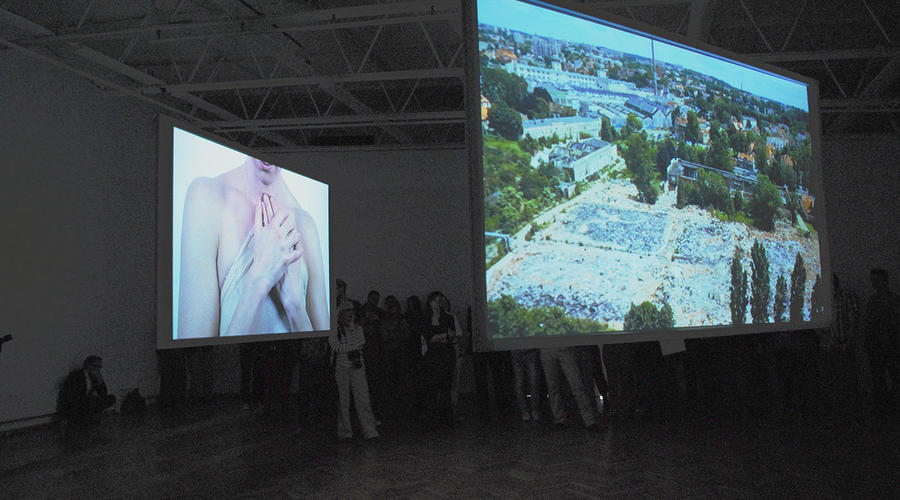 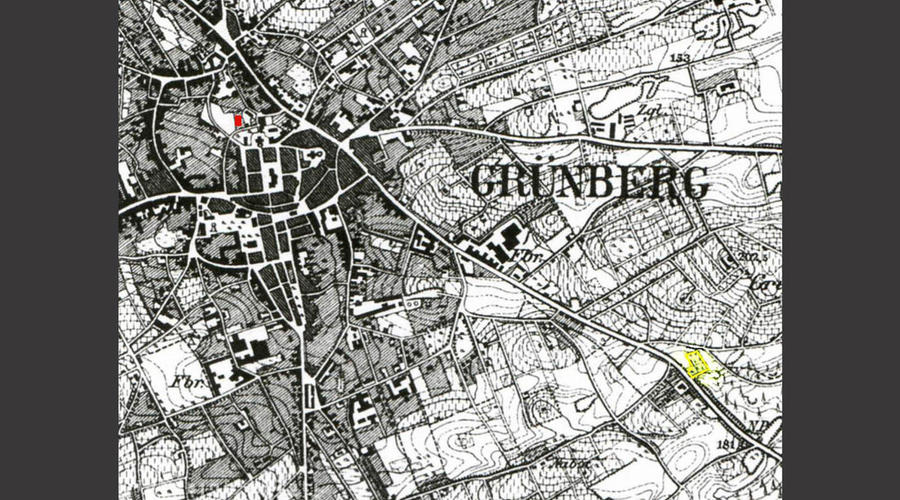 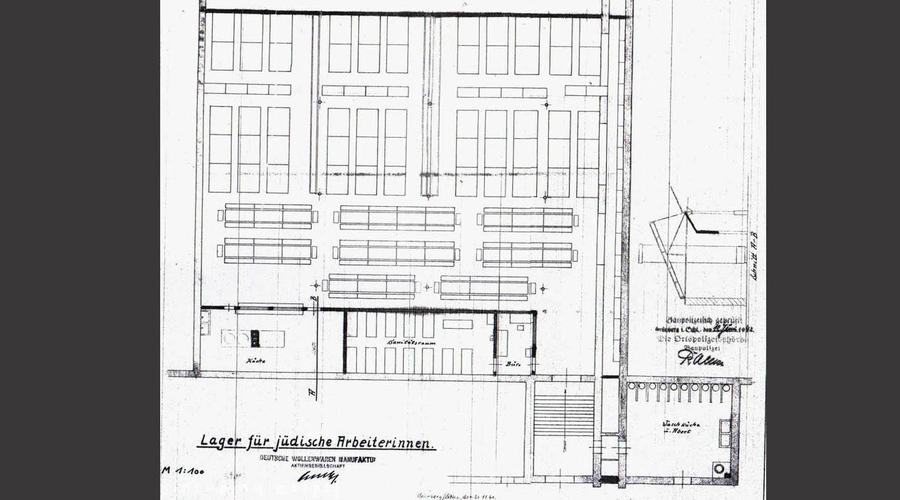