The Museum of Memory is a space devoted to the testimonies of thousands of victims of the period of dictatorial regime in Chile.

It is a container of pain in a country which is still under that trauma. This was evidenced by the criticism received by some political and cultural authorities on grounds that the causes of the crimes were not mentioned at the Museum. Laments which claimed a justification of the atrocities. Is an atrocity justifiable? …Artist Monika Weiss’s laments go in a different direction. Her installation “Sustentazo (Lament II)” is the continuation of a work exhibited in Germany two years ago. The Museum of Memory continues with its program of temporary exhibitions with a highly committed and ethical content, granting exhibition spaces to works related to internal and external conflicts (literally and metaphorically). In the case of Weiss’s video, we are transported to the Nazi chapter. Its creation was inspired by the forced evacuation by the Nazi forces of over 1,800 patients from the Ujazdowski Hospital in Warsaw, which is currently a contemporary art center. Thousands of these patients died on the streets as a result of this expulsion. Monika Weiss recalls the horror of the event resorting to literary texts, direct testimonies of survivors, and images of the time. She does so using a cinematographic language and fragmented and suggestive elements which do not pretend to evoke a historical event but an emotion, a feeling. A feeling that is logically not experienced in the same way in different countries. “Sustenazo (Lament I)” (2010), which featured an old map of Europe showing the Nazi territory and in the place where Poland should have been, a shaded area, was exhibited in Berlin. In both exhibitions, a woman shows her reaction through her gestures before a chorus of laments and murmurs. An image which is as clear as it is necessary. All the more so at present, when history is a murmur. 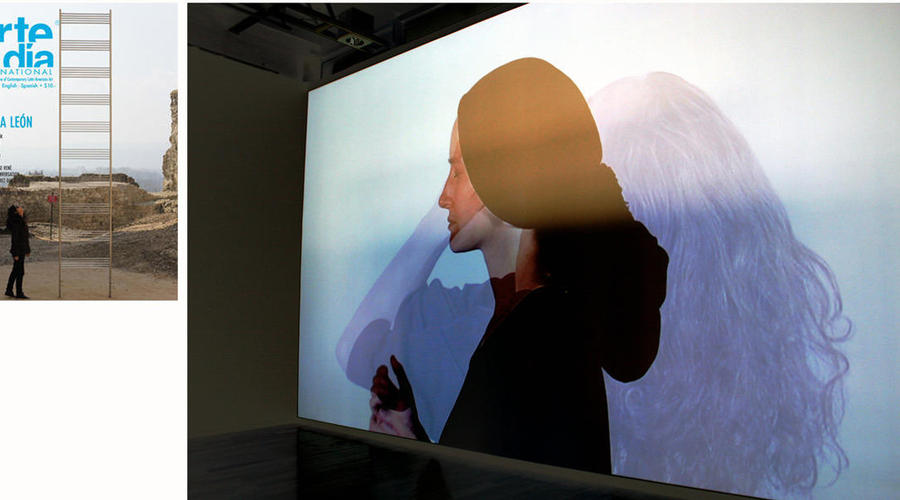