History is comprised of histories, which are to be read, and which is why Monika Weiss conveys many histories, converting them and occasionally, superimposing. Her work achieves the poetic and political through listening and through the use of the archive, paying special attention to generations and events that have been forgotten. Sustenazo develops all the emotion of the lamentation as an ancient form of expression, juxtaposing this timeless expression of lamentation with historic and specific events, such as the forced evacuation of the Ujazdowski Castle on the sixth day of Warsaw Uprising. As a child, she could not learn about this event at school. Weiss' piece considers aspects of memory and the public space within it. "In this topography and conscience of a city one can place memory of the body," says Weiss. Sustenazo presents the memory as a form, first planted on the chest of a woman covered with drawings and with a German map from 1942 and touched by a single hand. In these film sequences, the body of a woman represents the anonymous body, a membrane between the self and the external world.

In Sustenazo the gestures of lamentation, or the film sequences, are theatrical and minimal, communal and performative. Lamentation becomes an emotion shared in the act of the lamentation itself. This does not just have to do with a specific event but focuses more on the loss of life caused by war, and by other forms of political violence and oppression. War is not just wrong, it's unacceptable. Weiss' piece is reinforced by her music and her use of silence. Even though there is no space within the absence of sound, both sound and silence allow the work to come to being. 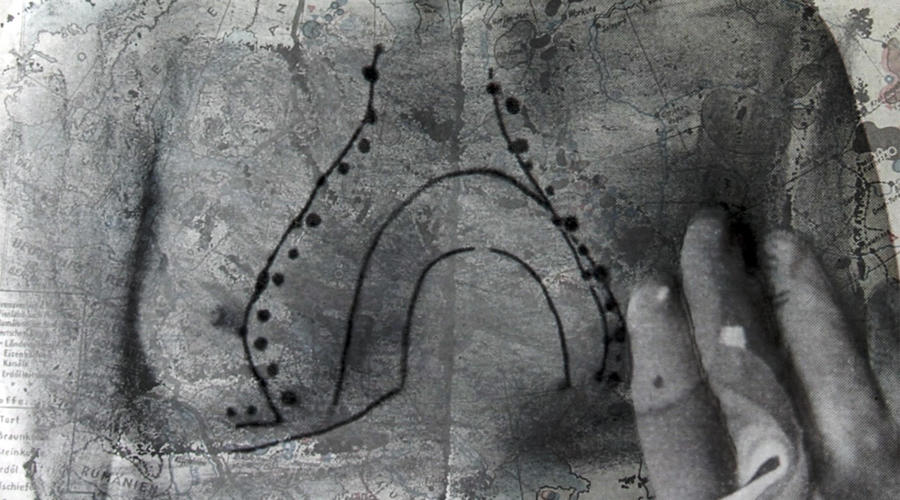 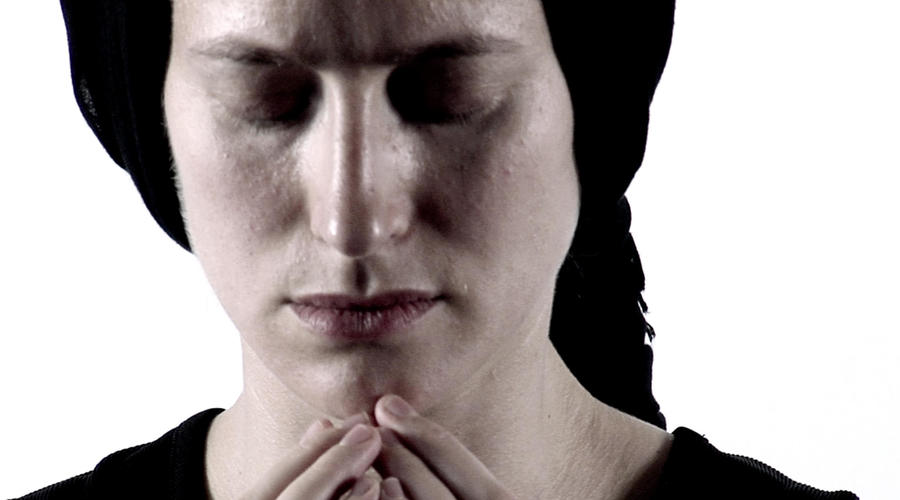