Focusing on the idea of an infiltration of reality seems to be the core of Monika Weiss’s practice. The artist, born in Poland and now living in New York City, had an exhibition in Montreal this spring. In her recent series of performances, projections, installations, and drawings, Weiss attempts to merge and integrate the contemporary with cultural tradition. In the context of art today, which often functions as a commentary on culture, Weiss’s activity strikes one as a surprise thanks to its ideally interconnected and almost unbreakable feeling of an organic relationship, and not a conflict, between the artist and cultural memory as well as natural phenomena.
Looking at many of her realizations, one has the sense of observing a continuous process. Certain elements return, others result from previous ones. The same objects appear in various installations, others change their form. The immersion of the artist’s body in water becomes a drawing. The form of a medieval baptismal font recurs in many contexts and thus explains the embryonic position of the artist’s curled-up form. The sound of water evokes the presence of a remote life. The body’s imprint on paper defines the fragility of touch. Drawing transfers the form of the body into the stability of an idea. Water is stronger then drawing. Many thoughts, techniques, and creations by the artist converge and become concrete objects. Yet Weiss’s installations exude an ideal order and calm. 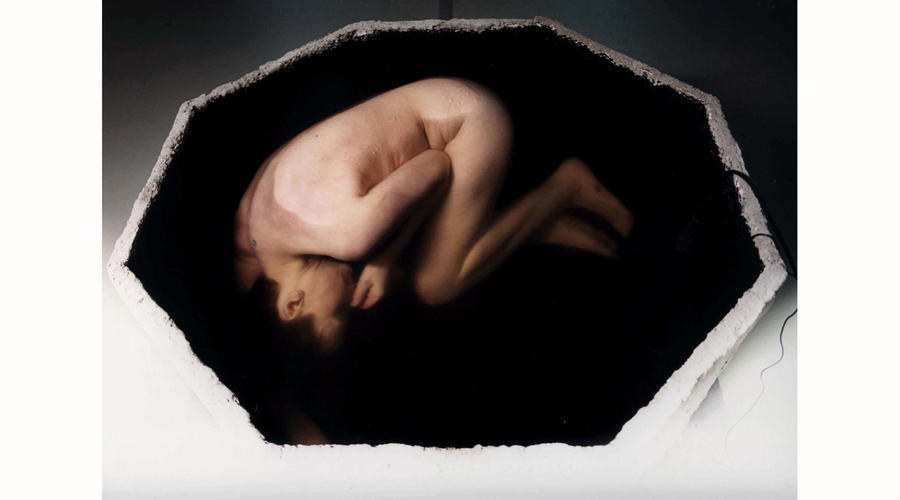 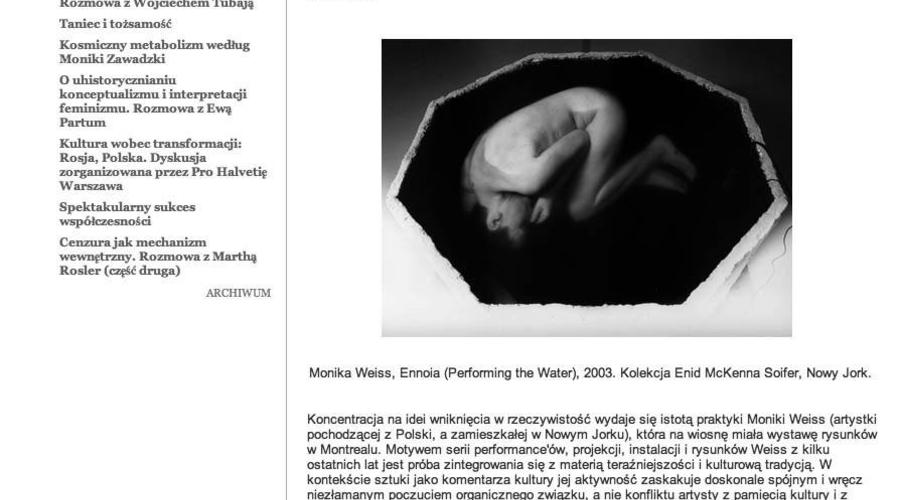 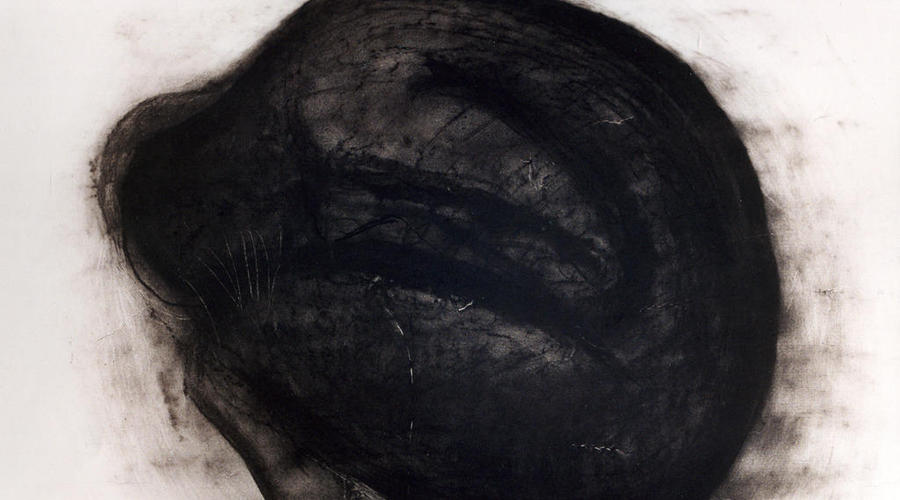