Koiman II (Years Without Summers) is a new series of 24 silent films and 24 sound compositions Monika Weiss began working on during her BRIC 2017 residency. The screening presents a draft towards the first of the 24 films, titled Nocturne 1. The project has received generous support from the Harverstworks, New York in 2017 and is slanted for completion in 2018. This project is dedicated to the artist's late mother, pianist Gabriela Weiss.

Weiss conceived 'Koiman: Years Without Summers' in a formal and conceptual dialogue with 'Winterreise' (Winter Journey), a cycle of 24 songs for voice and piano composed in 1828 by the German romantic composer Franz Schubert. The artist is also inspired by the unusually dark and cold summer of 1816 that followed the eruption of Tambora in Indonesia and caused winter-like weather patterns in Europe and US and globally, in turn causing famine all around the world. Two hundred years later, using choreography, film and sound composition, this work poetically reflects on the current world events.

"Two hundred years later the world appears to me as if shrouded in a symbolic darkness resulting from the global climate change, the collapse of Arab Spring, the current refugee crisis and the gradual and global move towards fascist ideologies. 'Koiman II' is formally and conceptually going to evoke darkness, eruption, explosion, coldness, and clouding. I aim to translate the musical form of nocturne - and it's relationship to melancholy and sorrow - into silent, slow filmic and choreographed time, accompanied by music which I will compose in response to each song from Schubert's Winterrise." (Monika Weiss) 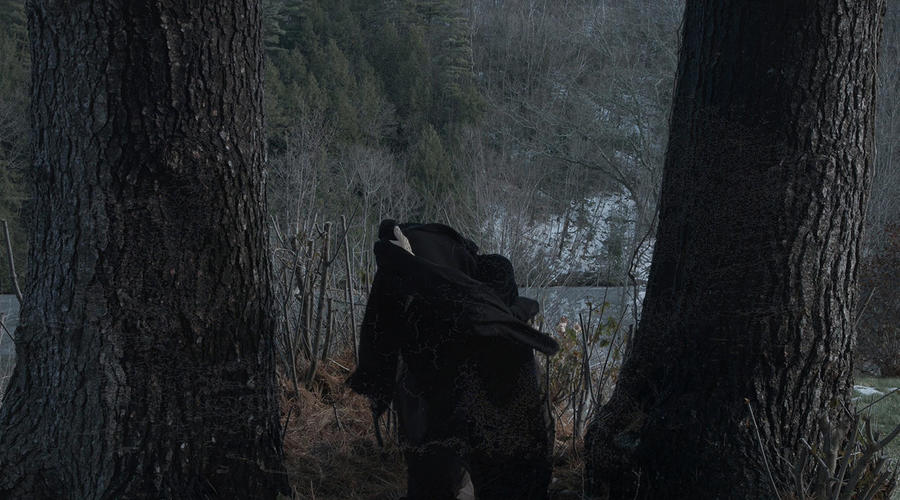