“Fireflies in the Night Take Wing” at the Stavros Niarchos Foundation Cultural Center in Athens, Greece from June 23-26, 2016

Organized by curators Barbara London, Kalliopi Minioudaki and Francesca Pietropaolo, and led by the internationally renowned curator Robert Storr, Dean of the Yale School of Art as Artistic Director, “Fireflies in the Night Take Wing” is a specially conceived free, four-night international video art survey, which will take place throughout the Stavros Niarchos Foundation Cultural Center (SNFCC) site, during the Metamorphosis festival. The program features a roster of works by over 50 artists from 29 countries, many never before seen in Greece.

“Fireflies in the Night Take Wing” is organized as a celebration of the emancipating function of art and culture in a public space dedicated to knowledge and to sustaining ongoing public dialogue. Paying homage to the SNFCC’s conception and aim to function as a versatile “green” indoor and outdoor home of arts and letters, the curatorial team assembled distinguished examples of recent video art that capture a range of genres, aesthetics, and modes of production, as well as timeless themes. The majority of the exhibited works critically comment on the human condition, identity, sexuality, history and the contemporary sociopolitical situation in a variety of ways ranging from darkly ominous, or humorous and upbeat and, on occasion, even to utopian optimism.

The curatorial team conceived the viewer’s experience of the project in the spirit of French modernist poet and critic Charles Baudelaire’s concept of the urban wanderer, “le flâneur”. Attendees can discover the marvels of the exhibition – and the SNFCC – according to chance and whim. Following is a more detailed description of the international video art survey, its themes, select artists, and what a spectator will discover on this odyssey:

Music is central to the Greek National Opera housed in the SNFCC and the affective means through which several artists explore various topics. To name a few, Alfredo Jaar accents his depiction of the devastating history of Angola to present challenges through the signature Angolan love song Muxima. Shirin Neshat creates powerful musical metaphors to deal with complex issues of gender roles and cultural power set within the framework of ancient music and poetry. Monika Weiss’s vocal and piano compositions dramatize the visual and performative lamentation gestures through which she explores personal, gendered and collective trauma. Katarina Zdjelar uses the meaningless phonetic Serbian mis-transcription of an English pop hit to critique cultural assimilation and fallacies of globalization. Voice as a means of resistance is further explored by many artists in the program, such as Jenny Marketou and Mikhail Karikis. Seoungho Cho blends Buddhist and Western popular references in an elevating performance of drum beating. Liliana Porter creates a whimsical concerto of humorously surreal touches where toy figurines are the principal performers. Her visual vignettes poignantly comment on love, loss and fallen political utopias.

Dance, also a focal point of SNFCC, is another leitmotif of this inaugural event. It is at the heart of several artists’ work, as demonstrated by Lili Reynaud-Dewar’s quietly subversive filmed performance caught between vulnerability and empowerment, in the setting of a cultural institution. Yvonne Rainer considers the role of art in times of crisis and the continuing relevance of the avant-garde spirit in society. Marte Aas restages the ancient Indian dance Bharatanatyam in the framework of colonial era movie conventions to expose the orientalizing European gaze, in contrast to Pauline Boudry and Renate Lorenz who, in a gesture of “queer archeology,” restage Alla Nazimova’s dance of the seven veils and Rainer’s response to it in order to show how the figure of Salome has inspired various artists, especially dancers, to challenge the strict dualism characteristic of the 20th century patriarchal and colonial ideology.

The archive of high art and popular culture is revisited for different ends. While paying homage to unfinished films or surrealist classics, Jane and Louise Wilson speak of the Holocaust through the combined portrait of two women and Julian Rosefeldt crafts an opulent feminist encomium of Eros and female sexuality as a radical remedy of contemporary society’s malaises. Yang Fudong adapts film noir of the 1950s to the present simultaneously reviving and critiquing its melodramatic allure. Jannis Varelas revisits Jean Genet’s thoughts on class, power and the violence of human nature, while Aikaterini Gegisian, Fatma Çiftçi and Katerina Zacharopoulou turn to popular films and fairy tales from potent feminist perspectives.

Ancient myths or literature, are used both as themes and material in diverse personal or deconstructive explorations by artists such as Tom Sachs, Moyra Davey, Oscar Muñoz, Erika Vogt, Mary Reid Kelley, Basim Magdy, and Ato Malinda. Michael Smith, Lili Reynaud-Dewar and Cheryl Donegan take critical positions on the artist and the studio. Patricia Esquivias employs storytelling to explore with whimsy and a sharp edge forgotten aspects of history, art, architecture and life in Madrid under Franco’s dictatorship. Sylvie Blocher questions the relationship to "official" writing of history, while Hu Wei spotlights symptoms of capitalism with a poignant mourning of the eradication of a nomadic community’s cultural identity.

Several utilize digital painting to explore spectators’ habits of seeing and, in the cases of Luke Murphy, or IC-98, to capture and examine the fleeting aspects of life. Digital media are also used by Angela Detanico and Rafael Lain in their uplifting meditations on art and life, time, and the social and physical aspects of language with letters of the Greek alphabet. A masterful combination of digital video and animation is employed by Luca Buvoli in his subtle reflection on fallen heroic paradigms and utopias infused with a distinctive blend of the personal and the universal.

Culturally specific conflicts permeate the opulence of Shiva Ahmadi’s rumination on Middle Eastern miniature painting and the seeming innocence of Marianna Christofides’s eloquent mapping of the traumatic psychogeography of the divided Nicosia through the body of a playing child. Ninar Esber questions morality, genres and their authority in her language-based meditation on women’s rights in the Arab world. Acutely critical attitudes toward European colonialism underpin the Italian artist Paolo Canevari’s allegory of Africa as a pig and, in a markedly different way, the Greek Poka-Yio’s more recent allegory of Europe as a volcano--the latter in light of the latest challenges to Europe’s sense of cohesion. Both the Greek and the Eurozone crisis differently inform the visual beauty of Stefanos Tsivopoulos’s documentation of the empty plenary hall of the Greek parliament between the two elections that left Greece without government and the threat of Grexit in 2012, and Bill Balaskas’s questioning of the myth of the Parthenon. The desperation of the crisis’ everyday effects haunts Lina Theodorou’s and Marion Inglessi’s respectively documentarist and poetical invocation of the body language of madness and shock, as manifested in Theodorou’s recent views of downtown Athenians and Inglessi’s silent death dance of falling and breaking glasses. Yet Mikhail Karikis exposes unemployment and displacement as symptoms of post-industrialization, while bestowing hope in collectivity, radical thinking and childhood through a both epic and lyric “take over” by a group of children of a now desolate industrial site with their choral emulations of its industrial and subterranean sounds, readings on the politics of love, play and laughter.

Displacement is evoked in Bahar Behbahani’s mesmerizing semi-autobiographic investigation of cultural identity, memory and loss; in Adrian Paci’s laconic dramatization of the experience of illegal exodus and expulsion; in Jenny Marketou’s illumination of childhood life in the Sahrawi refugee camps; and in the fictional conversation with which Bouchra Khalili investigates history. His garden conversation unleashes hope, as does Mikhail Karikis’s “take over” in youth’s transformation of the future. Hope both for true participatory democracy and art's role in achieving it is also stirred by Eleni Kamma. Even though she laments of the decline of the tradition of Karaghiozis, her work evocatively links the freedom of speech (parrhesia) that characterizes this central figure of the Middle Eastern shadow theater as bold spokesperson of people’s problems, desires and political critique, with the creativity and outcry of the protesting occupants of the Gezi park.

Lastly, longing and love are poetically explored by Diana Fonseca Quiñones, made complex in Raqs Media Collective’s linguistic game, and updated to the present in feminist Erica Scourti’s diaristic documentation of a relationship mediated through iPhone and web apps.

Robert Storr: Critic, curator, scholar, and painter, Robert Storr has been the Stavros Niarchos Foundation Dean of the School of Art of Yale (since 2006) where he is also professor of painting and printmaking. The first American director of the Venice Biennale (2007), Storr was curator and senior curator of Painting and Sculpture at the Museum of Modern Art, New York, from 1990 to 2002. He has taught in many institutions and was the first Rosalie Solow Professor of Modern Art at the Institute of Fine Arts, New York University. Author of numerous acclaimed catalogues and books, he is contributing editor at Art in America since 1981 and has been regularly writing on a wide range of contemporary art around the world for important publications such as Artforum, Parkett, Art Press, Frieze, etc. He is recipient of several prestigious awards and distinctions for his writings, curating and paintings--the most recent being the John Simon Guggenheim Memorial Foundation Award--and he has been honored with the medal of Chevalier and Officier of the Arts and Letters by the French Ministry of Culture.

Barbara London is a New York-based curator, consultant and writer who founded the video exhibition and collection programs at The Museum of Modern Art, where she worked between 1973 and 2013. She pioneered in tracking the development of media art from its raw beginnings, and has guided the field to its current position as a seriously collected, sophisticated form of expression. During her tenure at MoMA, she oversaw the acquisition of more than 500 media art works, including installations, single-channel videotapes, and music videos. This year’s recipient of Eyebeam’s “Courage Award,” she teaches at Yale in the School of Art, is a consultant with the Kadist Foundation and is presently a scholar in L.A. at the Getty Research Institute. She is currently working on a book Video: from the Portapak to the Smartphone.

Kalliopi Minioudaki is an art historian who works as independent scholar, critic and curator in New York and Athens. She holds a PhD from the Institute of Fine Arts, NYU and specializes in American and European postwar art from a feminist perspective. Her writings have appeared in several publications and exhibition catalogues, such as Rosalyn Drexler: Who does she think she is? (Rose Art Museum, 2016); The World Goes Pop (Tate Modern, 2015); Niki de Saint Phalle (Grand Palais, Paris, 2014); Irina Nakhova (Moscow Museum of Modern Art, 2011). She was curatorial associate of Seductive Subversion: Women Pop Artists, 1958-1968 (University of the Arts, 2010) and co-editor and co-author its catalogue. Recent projects include the special volume On the Cusp of Feminism: Women Artists in Sixties (Konsthistorisk Tidskrift, 2014); the exhibition and catalogue Carolee Schneemann: Infinity Kisses (The Merchant House, Amsterdam, 2015) and co-curating Fireflies in the Night (SNFCC, Athens, 2015).

Francesca Pietropaolo: Italian-born art historian, curator and critic currently based in Paris. Her research interests focus on postwar European and American art and on international contemporary art. She has held curatorial positions at institutions such as the Walker Art Center, Minneapolis, The Museum of Modern Art, New York, the Fondazione La Biennale di Venezia, and most recently the Fondation Louis Vuitton, Paris where she was in charge of artist commissions, notably a site-specific installation by Ellsworth Kelly for the Auditorium. Among her recent independent projects, she was co-curator of Fireflies in the Night at the SNFCC, Athens, Greece (2015); co-curator of the show North by New York: New Nordic Art for the American-Scandinavian Foundation, New York (2011); co-curator of the exhibition Wrinkles in Time/Images Unconfined for IVAM, Valencia, Spain (2009). As critic, she has contributed to Flash Art International, ARTnews, Art in America, The Brooklyn Rail, artpress (Paris), Arte e Critica (Rome). 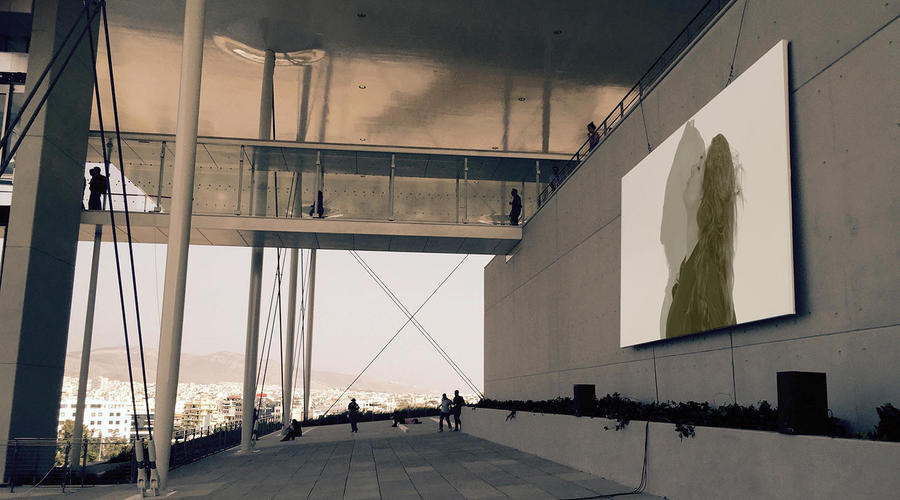 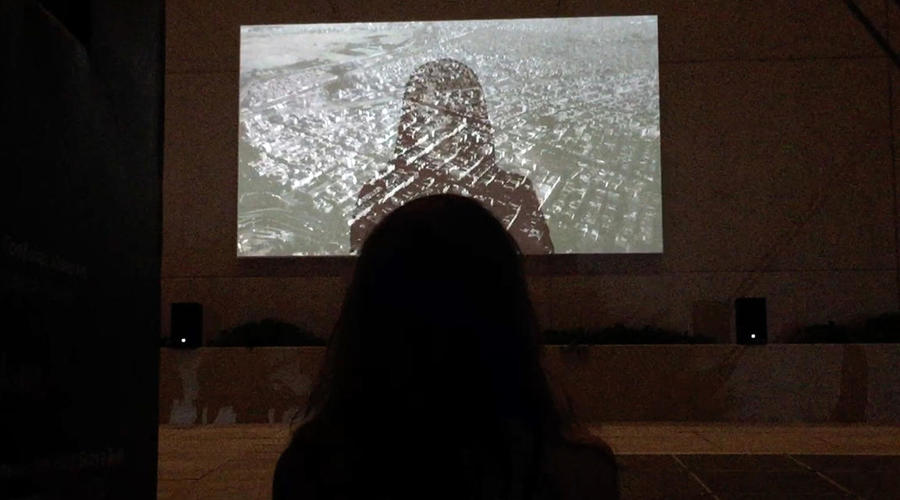 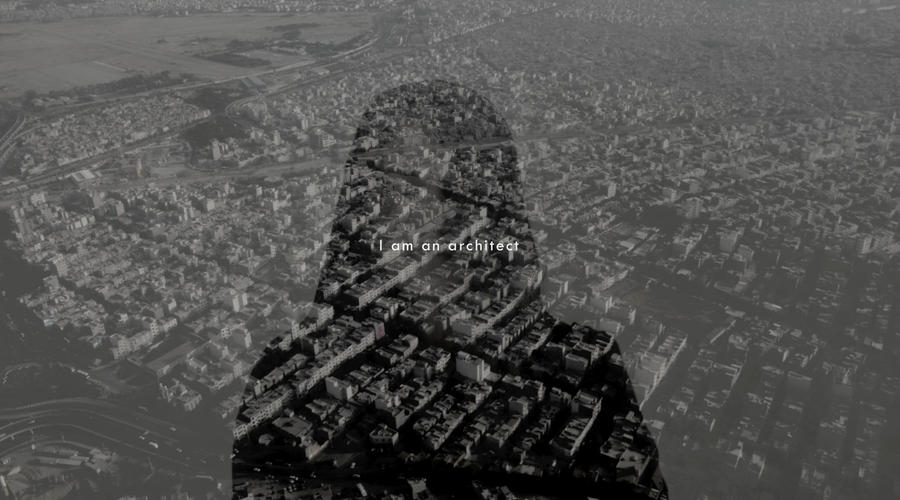 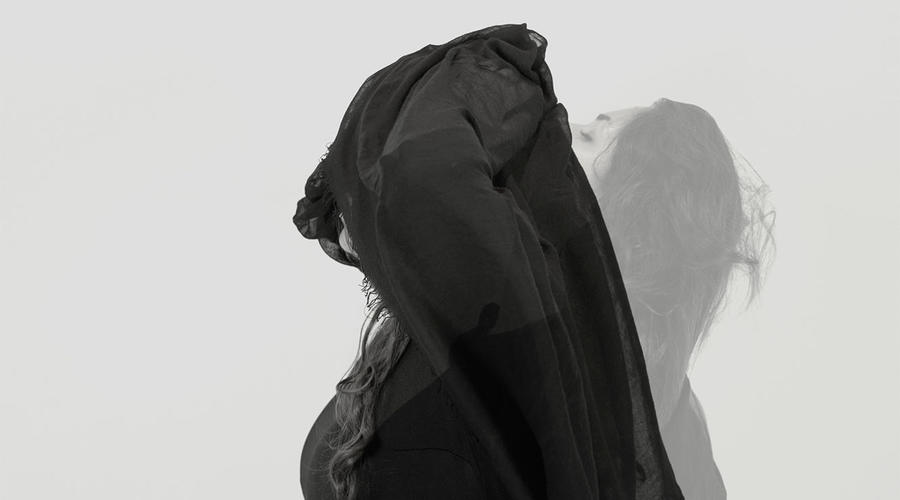 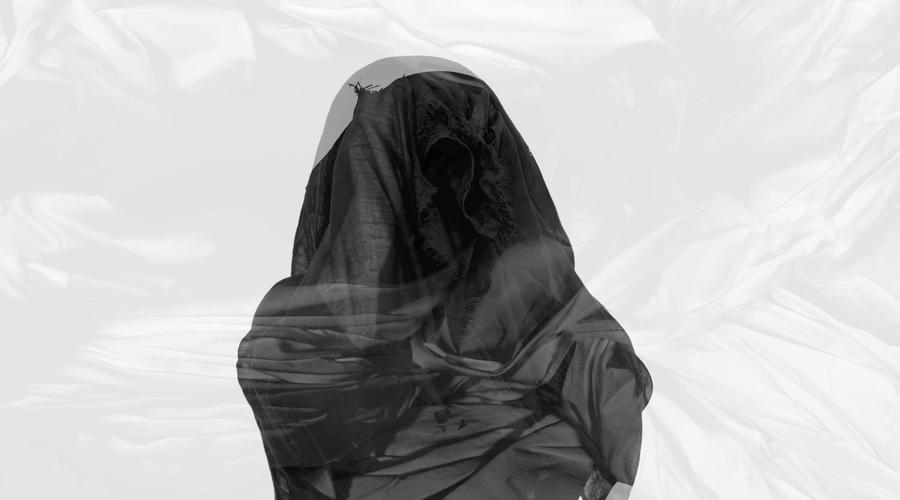